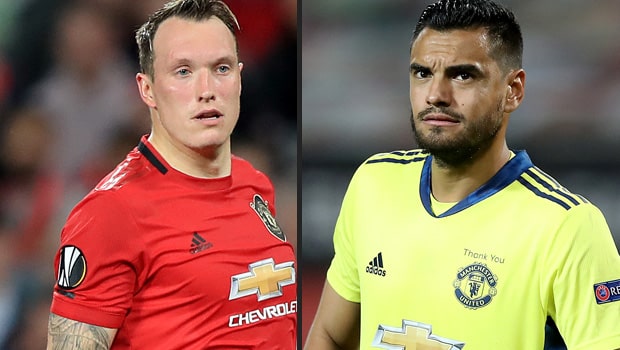 Manchester United announced this week that Phil Jones and Sergio Romero have been re-added to the Premier League roster for the remainder of this 2020-2021 campaign. Neither Jones or Romero have played a minute of top-flight competition this season.

“Sergio is working hard, training. He’s in the group,” Ole Gunnar Solskjaer said. “Of course he lost a lot of training early on in the season.”

There were some discussions around Romero recently, that he may be on his way out from Manchester United during the transfer window. The Argentine ideally would have wanted to find a new team as well, to open up playing time in a better situation.

That did not happen, however, as the 33-year-old, who has made just seven appearances for United since 2015 will remain on this team until the end of this season.

Jones, who has been missing in action largely due to injury, is expected to return before this season ends, according to Solskjaer.

Fans, media and even Jones himself will keep in mind that there’s plenty of depth on the United roster at the centre-back position, including the likes of Harry Maguire, Eric Bailly, Victor Lindelof and Axel Tuanzebe.

Jones originally signed with United in 2019 and is under contract until 2023. He made just two Premier League appearances in the 2019-2020 campaign.