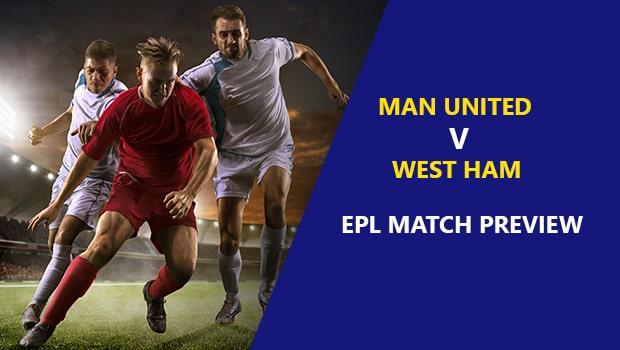 The Premier League continues this week! The games will be played behind closed doors because of the COVID-19 pandemic and we will have an interesting contest on Wednesday, when Manchester United hosts West Ham United.

Manchester United, coming off a 2-0 road win vs Crystal Palace, have 5 wins, 1 draw and 0 losses in their last 6 Premier League games.

West Ham United, coming off a 3-1 home win vs Watford, have 3 wins, 2 losses and 1 draw in their last 6 Premier League games.

Momentum: Manchester United has been on an upward trend — winning 5 of their last 6 games in the Premier League.

Projected Leaders
For Manchester United, Anthony Martial has a 39.34 percent chance to score. He averages 2.2 shots overall per sim, 1.21 shots on goal per and 0.50 goals per sim.