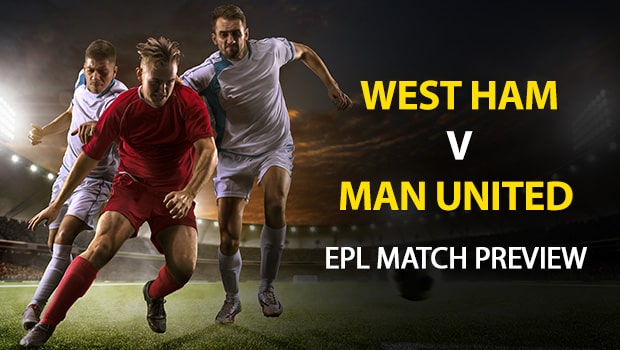 West Ham United will look to keep using its defense to stay competitive this Sunday as they get set for a matchup with Manchester United at London Stadium.

Draw: There’s a 26 percent this match ends in a draw. That happens in close to 29 percent of simulations, suggesting some added value on the pick.

The projected score is 1.40 – 1.29, in favor of West Ham. That’s right, simulation data has West Ham as slight favorites.

Clean Sheets: West Ham are tied for No. 1 in the league with two clean sheets — equal to that of Man United.

Tired Legs: Man United will have some other duties this week with other fixtures (Europa League vs Astana), and the tired legs may have an impact Sunday.

Head to Head: These two sides last matched up in Premier League action back in April of 2019 when Man United won, 2-1.

Marcus Rashford has a 37-to-38 percent chance to score for Manchester United. Rashford averages 3.31 shots overall per sim, 1.33 shots on goal per and 0.47 goals per sim.

There’s a 56 percent chance West Ham either finish in a draw, or win this matchup. That happens in 67 percent of simulations.