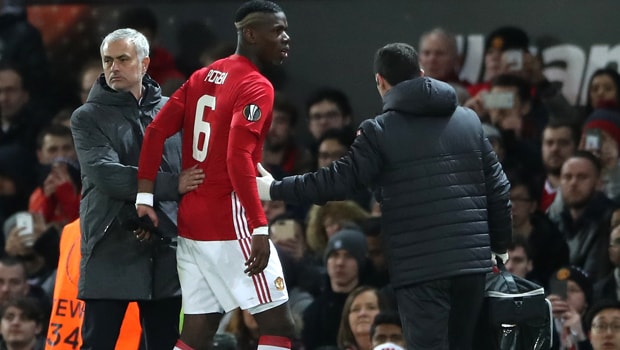 Manchester United midfielder Paul Pogba has revealed he did have ‘little issues’ with boss Jose Mourinho during the second half of the 2017-18 campaign.

France international Pogba, who is currently representing his country at the World Cup in Russia, was a regular feature for United throughout the campaign, although he did have to spend some time on the substitutes’ bench, particularly during the final few months of the season.

The 25-year-old’s occasional exclusion from the starting line-up led to speculation of a rift between himself and Mourinho and he has now confirmed he did have small issues with the Portuguese coach, although he insists they are nothing for supporters to get concerned about.

“This year was a better season than last year as I was more decisive,” the former Juventus star told reporters.

“It’s also true that I had a big injury. It’s experience. There were little issues with Mourinho, but they were nothing.”

Pogba is now hoping to use the setbacks he suffered during the season just gone to spur him on next term and he is hoping to prove his critics wrong by performing consistently on the pitch.

“These are things that make you grow. I never had a season where I was pushed aside, or they put me on the bench,” he added.

“It is also the choice of the coach, it’s his job, I must accept, as I always said, the only answer is on the pitch.”

United finished second in the Premier League during the 2017-18 campaign, a full 19 points behind champions Manchester City, but they are priced at 7.00 to claim overall glory themselves next term.