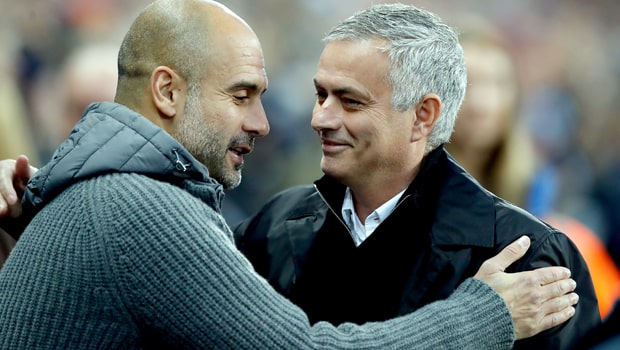 Manchester United manager Jose Mourinho had defended his team after a 3-1 derby defeat to Manchester City at the Etihad Stadium.

The Portuguese suggests his side did not perform ‘badly’ but rather they were punished for their ‘mistakes’ by Pep Guardiola’s champions and Premier League leaders.

United trail City by 12 points after 12 games while Anthony Martial’s second-half penalty was their sole shot on target during the 90 minutes.

The defeat means they are as far away from leaders City on points as they are to Cardiff City, who are in the relegation zone. Mourinho took exception to the stats being used against his team.

“I think we are not going to be relegated,” he said.

“So, when I analyse the game, I think the difference was, you can go for stats. That’s the way people that don’t understand football analyse football, is with stats.

“I don’t go for stats, I go for what I felt and I watch in the game and the game was there until minute 80-something.”

David Silva and Sergio Aguero had the hosts in a commanding 2-0 lead just after the half-time break before City goalkeeper Ederson needlessly upended sub Romelu Lukaku to give the Red Devils a minor foothold.

Ilkay Gundogan wrapped up the points late on but Mourinho felt his team had performed well enough, though he did concede there were “mistakes”.

“We made mistakes, we were punished by these mistakes, but the performance, the mentality, the togetherness, the belief, the fight until the end was something that we are building and we are not going to lose that because of a defeat.”

Manchester United are 4.50 to finish in the Premier League’s top four this season.