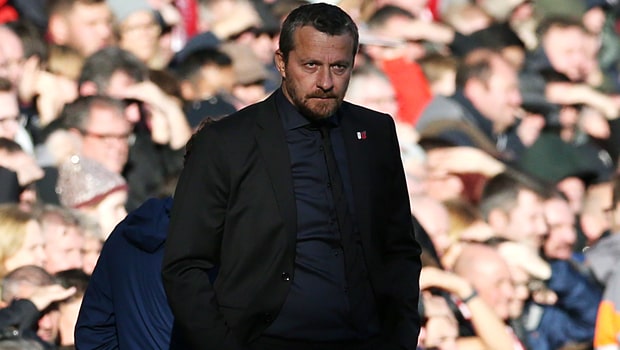 Fulham boss Slavisa Jokanovic felt his team, supporters and he himself had been “disrespected” by the match officials in their 2-0 loss to Liverpool at Anfield on Sunday.

The Cottagers were holding their own against a lacklustre home side as half-time approached and appeared to have taken a priceless lead when Aleksandar Mitrovic headed home Andre Schurrle’s cross.

The offside flag was quickly raised, though television replays suggested that full-back Andy Robertson appeared to be in line with the Serbian forward when the cross was played.

To compound Fulham’s misery, Reds goalkeeper Alisson re-started the game from a moving ball before Trent Alexander-Arnold sent Mohamed Salah racing in on goal to score for Liverpool. Just 14 seconds after Mitrovic’s header bulged the Liverpool net, Fulham found themselves one down instead of one up.

Xherdan Shaqiri scored the clincher for the Reds not long after half-time but Jokanovic was annoyed at the manner in which the pivotal moment in Fulham’s seventh straight Premier League loss arrived.

“In this country normally you cannot show disrespect to the referee and this is a problem because it’s shown disrespect to my team, myself and Fulham supporters,” said Jokanovic.

“When I check the clips now it’s Robertson (who) hasn’t done a good enough job to squeeze up and my player is onside and scored the goal.

“If the ball is rolling or not rolling after, it’s probably yes and in one moment, a crucial moment, instead of 1-0 up we’re 1-0 down.

Trailing by one at the break, Fulham never looked like getting back into the game and, once Shaqiri scored the second, it was damage limitation for the visitors.

Jokanovic is under increasing pressure following a slow start to the season but he wasn’t keen to talk about his future going into the international break.

“We can talk about this situation for hours, but the damage is done. It’s a completely absurd situation to defend.

Yes they catch us on the counter, this guy (Salah) is really fast and finished the action well, but the sensation is we are frustrated, disappointed,” he told reporters.

“It’s better we don’t talk so much about my situation.” Fulham are now 1.50 to be relegated this season.