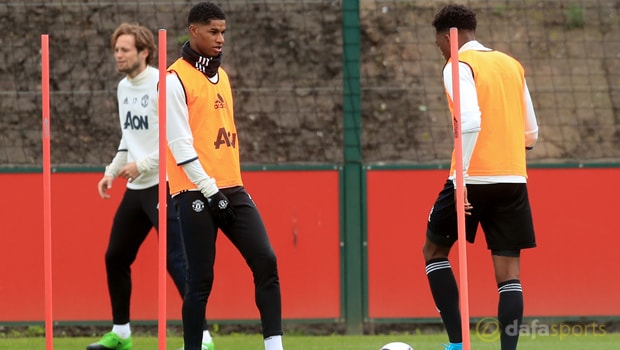 Manchester United forward Marcus Rashford has backed the club’s pursuit of Alvaro Morata, even though the Spaniard’s arrival could limit his own first-team opportunities.

The Red Devils have reportedly had a £52.4million bid rejected for the Spain international, with his club, Real Madrid, believed to want a fee in the region of £78million before they would consider selling the forward.

Morata has struggled to hold down a regular place in Real’s starting line-up since returning to the club from Juventus last summer, although he still managed to score 15 goals in La Liga from just 14 starts.

Zlatan Ibrahimovic was the only United player to hit double figures in the Premier League last season, but with the Swede’s future at the club remaining up in the air, Morata could be seen as an ideal replacement.

One man who would certainly welcome the 24-year-old’s arrival at the club is England international Rashford, even though it could limit his own first-team opportunities at Old Trafford.

“At a big club you are going to attract big players and that’s what we want,” Rashford told Sky Sports.

“Anyone who can come in and help the club win trophies, which is the ultimate aim, they are the players we want to bring in. Good competition is important if you want to be successful.”

United could only finish sixth in the Premier League last season, a full 24 points behind champions Chelsea, but they are priced at 4.33 to claim their first top-flight title since 2013 next term.