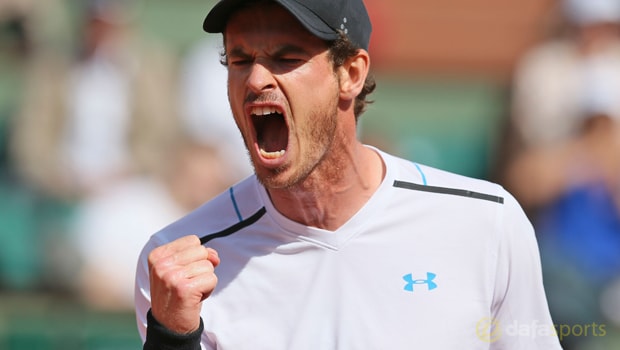 Andy Murray will be seeking revenge when he takes on Kei Nishikori in the French Open quarter-finals on Wednesday.

The two players last met at a major when Nishikori secured a five-set triumph in the quarter-finals of last year’s US open, a tournament Murray had been favourite to win following his victories at Wimbledon and the Rio Olympics.

The world number one was also 2-1 up in sets and on the verge of breaking Nishikori during that match, only for a delay in play to swing the momentum back in the Japanese player’s favour.

That defeat is still fresh in the mind of Murray, who will be seeking revenge at Roland Garros, although he would not be surprised if the match went to five sets once again.

“Obviously we played at the US Open and that was five sets, a match that got away from me a little bit, so I need to learn a bit from that,” Murray told Eurosport.

“There’s a good chance it’s a long one. He returns well and he’s very solid off both wings. He’s always a tough guy to play against.”

The Brit, who has endured an inconsistent season to date, appears to have played his way into form in Paris, recording his most emphatic victory of the tournament against Karen Khachanov in the previous round.

The 30-year-old admits he is happy with the way his game is shaping up, as he bids to secure his first ever title at Roland Garros.

“I’m happy with where my game’s at,” he added. “Everything is going pretty well just now. I’m feeling good going into the middle part of the second week.”

Murray is priced at 1.22 to win his quarter-final match, while Nishikori is available at 3.80.