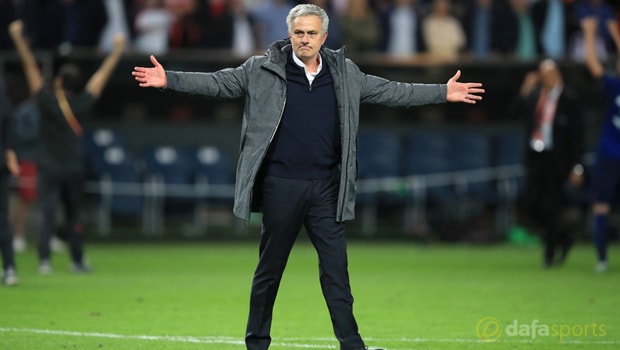 Manchester United boss Jose Mourinho says he does not know if Antoine Griezmann will join the club this summer.

The Red Devils manager says he has made clear his primary targets in the summer transfer window to the club’s hierarchy and that they are now out of his hands.

France international striker Griezmann is rumoured to be top of Mourinho’s wishlist this summer but the United boss doesn’t know how things are going to play out.

Asked how likely it was that the Griezmann transfer would happen, Mourinho told Sky Sports: “I have no idea. You have to ask Ed Woodward. “He knows since March, who I want, what I want, how much I want.

He knows everything since March and now it’s for him to work because he will have holidays in August and I will be working.”

Griezmann’s current club Atletico Madrid insist meanwhile they remain confident he will be with them come next season.

He told Spanish newspaper Marca: “Griezmann will stay here. Not here at the Calderon, but at the Wanda.”

The player himself has insisted that no decision has been taken on where his future lies, though he is not willing to commit himself to Diego Simeone’s team for now.

“All the rumours are unfounded,” he wrote on Twitter. “I’m still Colchonero. My direction will be established after discussion with my sporting advisor.”

Manchester United are 4.33 to win the Premier League title next season.