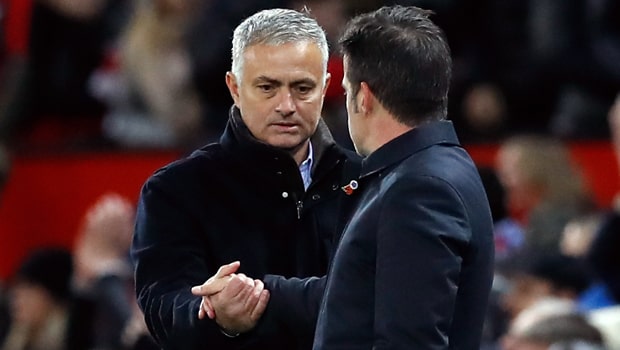 Manchester United boss Jose Mourinho claimed striker Anthony Martial has improved “everything” about his game after he helped his side beat Everton 2-1.

The former Monaco man was down the pecking order when Mourinho first arrived and he was linked with the exit door as a result. A number of clubs showed interest in the summer but Martial stayed put and he is now reaping the rewards.

The 22-year-old has scored four goals in seven Premier League appearances, including the second during Sunday’s win.

United are now eighth in the table and pushing towards the top four and Mourinho insists his striker deserves praise.

He told Sky Sports: “Everything. He has the same natural talent that he had one or two years ago but he is improving his way of thinking football, thinking training too, and thinking his role in the team.

But in this moment I think both, and in today’s case Anthony, was able to do things he was not able to do before. So really, really happy with Anthony.