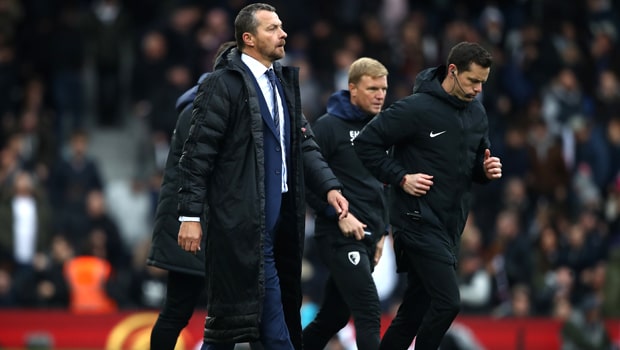 Fulham coach Slavisa Jokanovic insists he is not worried about his future as he tries to help his side turn their season around.

The Cottagers have lost their last four Premier League games and are now 18th in the league table.

Jokanovic’s men have conceded 16 goals in their last five games and the former Watford boss is struggling to select his best starting XI.

Speculation has claimed he could be sacked in the coming weeks, just months after he steered them out of the Championship.

Fulham have now lost seven of their 10 matches in the top flight but Jokanovic insists he is fighting on and has the support of owner Shahid Khan.

“I am living in my present, it is a natural question to come from your side when you are not winning games,” he said in the Evening Standard.

This is only what I focus around. I cannot think about different things.

“I have a really good relationship with the owner but it is our professional relationship. He expects from my side, like the supporters expect, victories.

“Personally, our relationship is fantastic, but he didn’t bring me here because I am a good lad or something, he brought me here to win games and this is my challenge and my work.”

Fulham are next in action against Huddersfield on November 5 and they are 3.25 to win away from home.