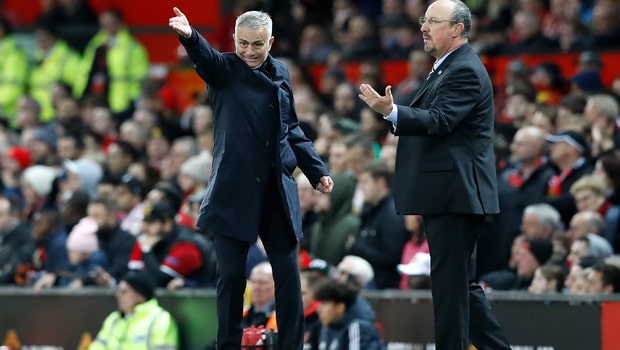 Under-fire Manchester United boss Jose Mourinho claims there is a ‘manhunt’ against him but he insists he can cope with the pressure.

The Portuguese coach’s position at Old Trafford has come under intense scrutiny over recent weeks following a four-match winless run that included last weekend’s 3-1 defeat to West Ham in the Premier League, as well as their Carabao Cup exit at the hands of Championship outfit Derby.

Indeed, Mourinho headed into Saturday’s game against Newcastle with some media reports suggesting he would be sacked regardless of United’s result in that match, although the club’s hierarchy did deny those claims.

The writing appeared to be on the wall for Mourinho as his side trailed 2-0 at the break, but they produced a second-half comeback with goals from Juan Mata, Anthony Martial and a 90th-minute winner from Alexis Sanchez sealing a much needed three points.

After the match, Mourinho revealed that he feels there has been a ‘manhunt’ against him over recent weeks, but he insists he will continue to cope with the media scrutiny even if some of his players appear to be struggling with the pressure.

“I am 55 years old. It is the first time I see manhunting. I can cope with it. I can live with it.

Some of the boys, in spite of them not being the man that is hunted, they are not coping well with it,” Mourinho told BT Sport.

United will now be hoping to build on Saturday’s victory when they travel to Stamford Bridge to take on Chelsea after the international break.

The Red Devils are priced at 4.50 to emerge from that match with all three points, while Chelsea are available at 1.80 and the draw is on offer at 3.75.