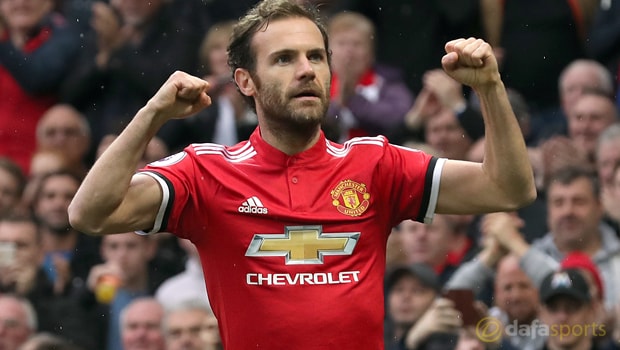 Juan Mata insists games between Manchester United and Liverpool are unparalleled in the Premier League and he is eager to sample more success in the famous fixture.

The Spanish international admits that it is only through his time spent in England that he has come to realise how unique games between the bitter north-west rivals are.

United go to Anfield on Saturday unbeaten so far in the Premier League and joint top alongside neighbours City, while Liverpool have won just one of their last seven games in all competitions.

Mata say that clashes with Liverpool stand tall, even more so than the Manchester derby rivalry, citing them as the biggest games of the season for the Red Devils.

“Everyone in the training ground, fans in the street, they remind you that Liverpool is the game,” he said.

“There is no game like this. Through the history there have been great games, big rivalries, and it is a special game to play in, and we feel very lucky to have the chance to play in these games.

“The view from Spain I think is that all of the big Premier League games are viewed similarly. Once you are in England, you realise United v Liverpool stands out.”

Mata became a cult hero for United fans when he netted a brace in a 2-1 win at Anfield in March 2015 and he says the key to playing at Anfield is retaining control of the emotion that surrounds the game.

“When you play for United and score at Anfield and win the game, it stays in peoples’ minds,” he added.

“It’s tough. It’s a tough atmosphere. Obviously, the stadium is full of supporters wanting their team to go over us and win.

That’s what makes football special. You have to have personality to play in these games.

“If we manage to impose ourselves in the game to control the emotions from the crowd, and play good football, I think we have a chance to win.”