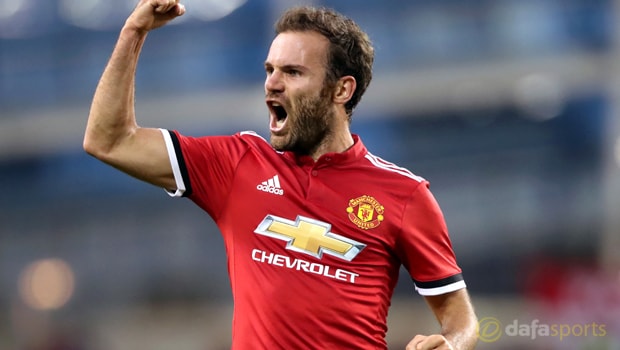 The French international was sent off in last weekend’s win at Arsenal and will sit out the visit of runaway Premier League leaders City to Old Trafford.

For many, it is a game that Jose Mourinho’s team must win in order to breathe some life into the title race. Man City are looking to record a record-breaking 14th successive league victory.

Despite admitting that Pogba is a major loss, Mata feels the Red Devils can cope without their record signing. “He’s a fantastic player,” said Mata.

“He’s a very complete midfielder, he can do all things. He will be a big miss but another player will play and try his best.

“I think we have a good squad and have good players to replace any other player. Hopefully we can win for him.”

Manchester City have opened up an eight-point gap on second placed United already after their blistering start to the season.

While many pundits are already suggesting Pep Guardiola’s team cannot be stopped this season, Spanish international Mata says the next month could see the landscape change – particularly if United can take three points on Sunday.

“Now, especially on Sunday and during Christmas time, which we all know how difficult it is to win every single game, we need to keep that pace if we want to be in a position to challenge for the title at the end of the season,” he added.

“Most [of the pundits] have played football and they know how football can change.”