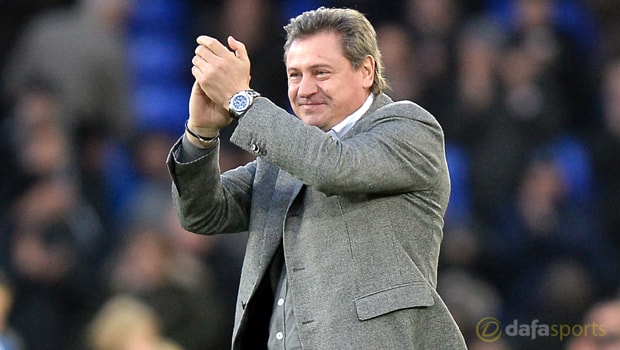 Former winger Andrei Kanchelskis believes Manchester United will be out of the title race if they lose to rivals Manchester City on Sunday.

The Russian became a fans’ favourite during his four-year spell at Old Trafford, having won two Premier League titles, while he also bagged a hat-trick against City in 1994.

Kanchelskis also went on to represent City during the latter stages of his career, making 11 appearances on loan from Rangers, although his allegiances remain with the red side of the city.

United head into Sunday’s derby at Old Trafford trailing leaders City, who are yet to lose in the Premier League this season, by eight points.

The 48-year-old has stressed the importance of United getting a victory over the weekend and feels the title will be City’s if they take all three points away from the Theatre of Dreams.

Kanchelskis said: “Of course, if United can win both derbies then they will have a good chance of winning the title. But if they lose on Sunday it is finished. There will be no chance.

“When I played for City, they were not the biggest club.

“They were just OK and in the derby we would fight hard because United were the dominant team at the time.

“Now there is a big change. City have a new stadium and new players, new management, and you see what is happening now.

“I hope United win because they need the three points – the eight-point gap is too much at the moment. They need something special to win this game.”