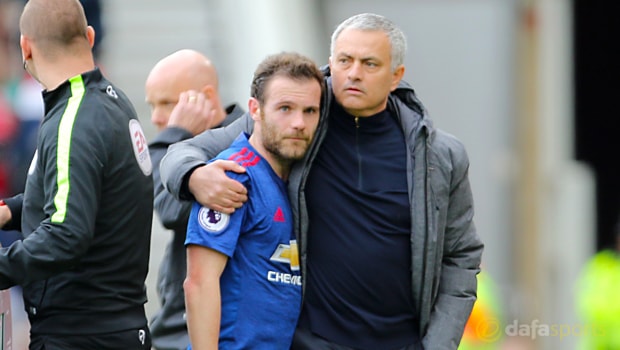 Spain international Juan Mata says Manchester United need to make Old Trafford a fortress if they are going to finish this season in a Champions League position.

United are currently sitting fifth in the Premier League, four points behind rivals Manchester City, but the Red Devils do have a game in hand.

They also have two extra matches on third-placed Liverpool, who are six points ahead of the 20-time English champions, and Jose Mourinho’s men are priced at 3.75 to finish in the top four.

However, their home form has been an issue for United this term, with nine of their 16 fixtures in their own backyard ending in draws.

If over half of these were turned into victories then the English giants would have been challenging for the Premier League title and Mata, who is currently recovering from surgery, admits it needs to change.

“We will fight until the end to be in the top four, and in order to do so we need mainly to get better at Old Trafford, at home,” he wrote in his blog.

“We have an opportunity this weekend against the leaders Chelsea. It’s one of those games that everybody wants to play.”

United host the champions-elect on Sunday and the home side are narrow 2.70 favourites to clinch all three points.

The draw is priced at 3.10 while the Blues, who are aiming for a third straight league win, are a 2.75 chance.