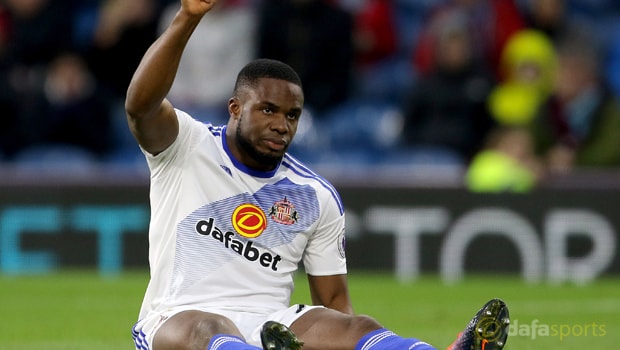 Victor Anichebe says Sunderland need to show more determination and fight if they are going to stand any chance of staying in the Premier League this season.

The Black Cats snapped up Anichebe on a free transfer at the start of September last year, with the striker putting pen to paper on a one-year contract at the Stadium of Light.

The former Nigeria international has managed to find the back of the net three times from 13 Premier League appearances and is second in the club’s goalscoring charts behind Jermain Defoe (14).

A lack of goals has been a problem for the Wearsiders this season and only three other players have recorded strikes – Didier Ndong, Lamine Kone and Fabio Borini.

David Moyes’ men are currently rock bottom of the table, having picked up just five victories, and the club are 10 points adrift of Hull City in 17th position.

It looks like a miracle will be needed for the north-east outfit to stave off relegation and they are 1.01 favourites to drop down to the Championship, just ahead of Middlesbrough at 1.03.

Sunderland do have some winnable games remaining, on paper, with clashes against West Ham, Boro, Bournemouth, Hull, Swansea and Chelsea left, and Anichebe has called for a late surge from his side.

“We just have to go out every game and try and perform,” he said.

“I need to just keep going and so do the team, just grind out results any way we can. It’s not good enough, let’s be honest, we need to improve as a team.”

Moyes’ side host West Ham next and are 3.25 to pick up all three points. The draw is priced at 3.30 while the visitors are narrow 2.25 favourites.