Jose Mourinho: We always shoot ourselves 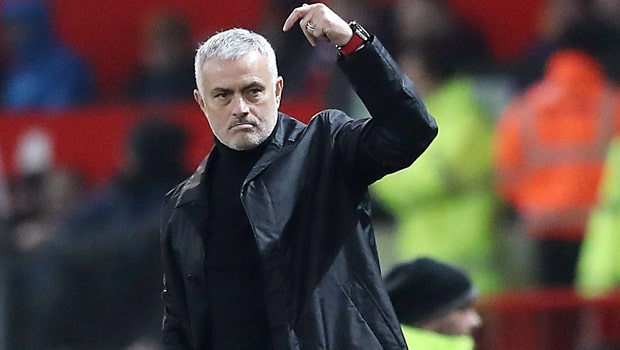 Jose Mourinho praised the ‘big soul’ his Manchester United side showed in battling to a 2-2 draw with Arsenal, but once again was left counting the cost of individual mistakes.

The Portuguese suggested that his Red Devils team ‘always shoot ourselves’ with key errors in big moments this season.

They’ve conceded 25 goals in 15 games so far, a defensive record that sees only the bottom five clubs worse off.

United made a strong start against the Gunners but fell behind when David De Gea allowed Shkodran Mustafi’s header to slip through his hands.

They soon levelled via Anthony Martial but were behind again in the second half, this time when Marcos Rojo desperately attempted to make up for his own error in giving the ball to Alexandre Lacazette, only to slide in and turn the ball past his own goalkeeper.

Jesse Lingard levelled within 13 seconds of the restart, taking advantage after Arsenal’s defence engaged in some haphazard work of their own.

“The team had a big soul. We scored four goals and we drew 2-2. Even in matches like [this] where we play well, we always shoot ourselves.” Manchester United are now 7.00 to finish in the top four this season.