Jurgen Klopp: Players must be protected 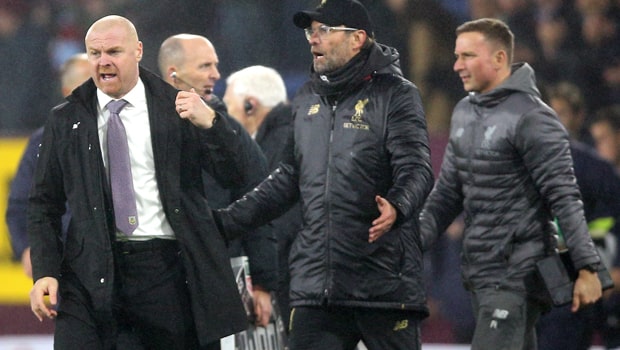 Jurgen Klopp is calling for more protection for players after a feisty 3-1 win for Liverpool over Burnley.

The Reds came from behind at Turf Moor to get three points, but they lost defender Joe Gomez to injury after a heavy sliding challenge Ben Mee.

Klopp says the warning signs were there from early on that Burnley, who have not won since September and are stuck in the bottom three, were going to offer a physical approach.

The German says he pleaded with referee Stuart Attwell to stamp out sliding challenges, but Klopp feels they are becoming normal.

Klopp revealed: “I said after the first challenge, I don’t know who did it, a sliding tackle from six/seven yards, getting the ball, everybody likes it, I said to the ref ‘it’s no foul but please tell them you cannot do that’.

“Nobody can judge that. You get the ball, nice, but it’s like bowling because you get the player as well. It happened four or five times, everybody likes it, but Joe is injured, and probably not only a little bit.”

The Liverpool boss says he has no problem with aggression in the modern game, so long as it is within the rules and not endangering player safety.

“They wanted to be aggressive. Aggression is a part of football. You try something and you need someone to say ‘be careful’,” Klopp added.

“There were a lot of situations, challenges. There was nothing to say ‘wow, too much’, they were normal challenges. But with six or seven yards and then [slide] these times are over. They are over.

“We all want to win football games, and there are different ways of doing it. Somebody has to tell you to stop doing it, make two more steps and make a normal challenge.”

Liverpool are 5.00 to win the Premier League title this season, while the Merseysiders are 1.18 favourites in the betting without Man City market.