Jose Mourinho: Some care more than others 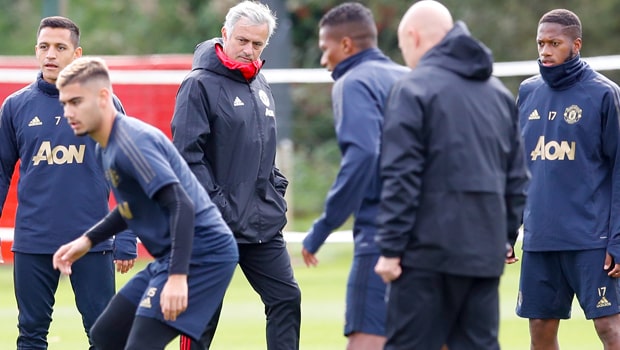 Jose Mourinho believes some of his players “care more than others” when it comes to the troubled period Manchester United are enduring.

United are in desperate need of a shot in the arm against Valencia in Tuesday’s Champions League clash at Old Trafford.

A home draw with Wolves was followed by a Carabao Cup exit at home to Derby County on penalties before a 3-1 Premier League loss at West Ham last Saturday.

Mourinho had to face questions about Zinedine Zidane potentially being his replacement at Old Trafford during his pre-game press conference, while the Portuguese also criticised the attitude of some within his squad.

He said: “It’s like, sometimes what it looks (like) is exactly the opposite, if you understand what I am saying?

“You can be laughing and be the saddest person in the world ,and you can be with a very sad face and you can be a fantastic actor and inside of you, you are very happy, so sometimes what you see is not what you get.”

Pushed further on the squad’s attitude, Mourinho added: “I think that some care more than others.”

Mourinho refused to name names but it was a striking comment at a time when his relationship with the group is under scrutiny more than ever, coming just days after an apparent breakdown in his relations with record signing Paul Pogba.

The Red Devils boss also refused to comment on whether or not he had spoken to executive vice-chairman Ed Woodward in the wake of Saturday’s defeat at West Ham.

“I’m not asking you, ‘Who did you speak to yesterday or this morning’, or your last phone call. That’s a private matter, I am not going to answer to you.”