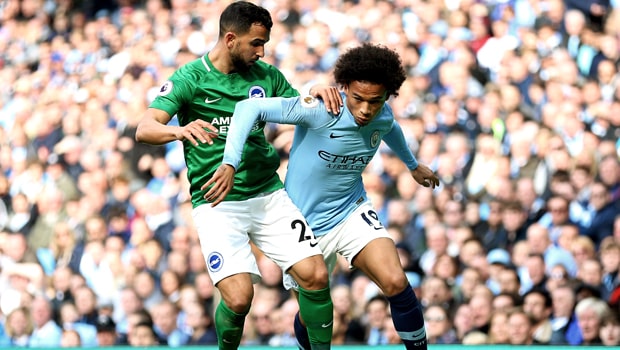 Manchester City coach Pep Guardiola has warned winger Leroy Sane that he cannot afford to rest on his laurels after he returned to the first team.

The Germany international endured a tough few months this summer after being left out of Joachim Low’s World Cup squad for the tournament in Russia.

After getting a long rest he was expected to start the new campaign for the Citizens but he missed the club’s first four Premier League matches.

However, Sane has started the last three matches and he scored during the 3-0 win over Fulham in September.

He has also provided assists down the left flank but Guardiola insists he cannot afford to sit back.

“Leroy was important, is important, will be important for us. But our profession is so demanding and every single day you have to do your best and in the last two or three games he was really good.

Sane will now be determined to keep his place for the clash with Hoffenheim on Tuesday night in the UEFA Champions League.

City lost their last European game 2-1 to Lyon and they will take on the German outfit before meeting Shakhtar Donetsk on October 23.