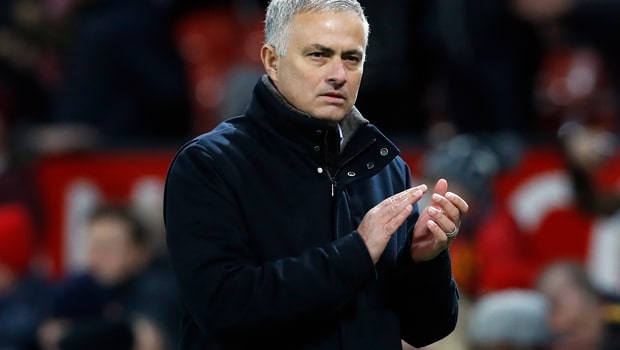 Jose Mourinho has refused to discuss the possibility of Manchester United winning the Premier League title this season while they are languishing down in eighth position.

The Red Devils’ chief guided the team to their worst-ever Premier League start on the back of a summer in which there was tension between himself and the club’s vice-chairman, Ed Woodward, over transfers and his star player, Paul Pogba.

A 3-1 defeat West Ham in late September left them with just 10 points after seven Premier League games and even sparked talk that the Portuguese could be sacked.

However, after United stormed back to defeat Newcastle at Old Trafford, the side have picked up seven points from a possible nine but were seconds away from winning at Mourinho’s unbeaten former club Chelsea before being held to a 2-2 draw in that run.

They go into Saturday’s lunchtime clash at Bournemouth five points behind fourth-placed Arsenal and nine off the leading duo of Manchester City and Liverpool.

And, when asked if he still had his eyes on lifting the title this season, Mourinho said: “When you are outside the top four I don’t believe you should speak about the title.

“When you are in the top four – which I believe we are going to be – you can look up, see the distance, see the fixtures, you can look at the situation at that moment with injuries, suspensions and form, then you can feel it.

“In this moment, we are outside the top four so I think the point now is to get the points we need and to try to be in a better position by the end of December like I expect to be.”