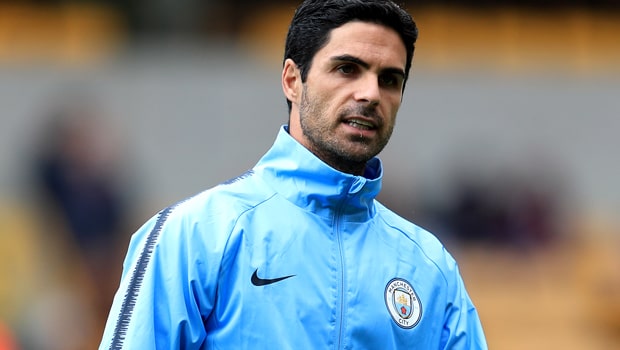 Mikel Arteta says he is surprised that some people have made Manchester City favourites to win the Champions League this season.

The Premier League champions begin their European journey with a home game against Lyon on Wednesday evening.

Manager Pep Guardiola will hand over first-team duties to Arteta as he serves a touchline ban for his sending-off against Liverpool last season in the competition.

According to Arteta, holders Real Madrid should be favourites as they look to win a fourth successive European crown, but he also admits that Man City are up for the challenge of progress in Europe.

“I am surprised when you have a team that won it three times in a row but that means we are doing things really well.

People seriously think we are candidates to compete against other teams in Europe,” said the Spaniard.

“There has to be a motivation, not a pressure, and that’s the way we take it. Hopefully we can improve on the last two seasons because we came short.”

Guardiola will not be allowed any contact with his players or backroom staff inside the Etihad Stadium and Arteta is looking forward to the challenge of being in the dugout on his own.

“It is a good challenge, a very nice challenge, but if I had to choose, I would choose Pep on the touchline because he does that job better than anyone else,” said Arteta.

“I will be on the touchline and I’ll try to make the right decisions and for the rest, nothing will change.”

Man City are 10.00 to beat Lyon 3-1 at the Etihad, while they are 4.75 favourites to win the Champions League this season.