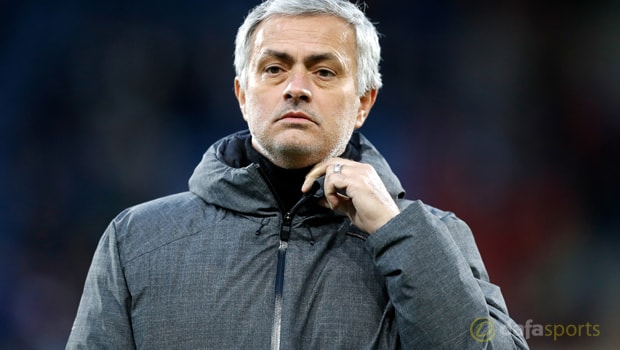 Jose Mourinho was irritated by the VAR technology during Manchester United 2-0 FA Cup success at Huddersfield Town, but said he won’t be getting angry and criticising it.

The Portuguese felt VAR official Neil Swarbrick had gone against the protocol of the new system when he – correctly – ruled out a Juan Mata goal just before half-time at the John Smith’s Stadium.

The Red Devils led early through Romelu Lukaku, with the Belgian also netting the second goal after the interval. Mourinho was not content when VAR was used to chalk off Mata’s effort.

“It is amazing when the truth comes,” the United manager said. “But also (there are) problems and one of the problems is exactly what happened today, which goes a little bit against the words of the protocol.

“But we know that it is experimental, and we have to accept. But I am speaking after a 2-0 victory.”

Mourinho was asked in his press conference whether or not he would be as accepting of the decision had it cost his team, to which he replied: “I am close to winning the best-behaved manager in the Premier League, so nothing that can make me lose that trophy this season.”

Manchester United’s reward for victory over Huddersfield is an FA Cup quarter-final at home to Brighton next month.