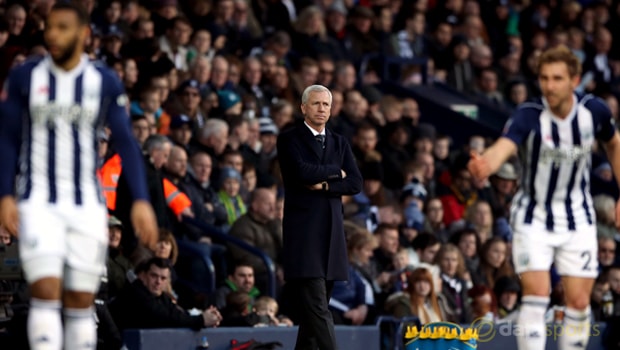 Alan Pardew saw his West Brom side knocked out of the FA Cup at home to Southampton after a turbulent week before vowing they can survive in the Premier League.

Baggies stars Jonny Evans, Gareth Barry, Jake Livermore and Boaz Myhill released a statement before the game apologising after they broke a club curfew during a trip to Barcelona this week ahead of the Saints clash.

Pardew conceded those developments were far from ideal, with Evans relieved of the captain’s armband on Saturday, but he has suggested he’ll remain loyal to the quartet.

“It’s difficult for managers. Obviously I was furious with what happened but at the same time, I’ve got to stay faithful to the players and give them a chance to remedy the situation,” Pardew said.

“Gareth Barry was okay today but I thought Jonny was very good actually in the circumstances.”

Pardew insists he is the right man to keep West Brom in the top flight, and he’s already targeting victory in their next game at home against Huddersfield.

They may be bottom of the table, seven points from safety, but the Albion boss says things can change rapidly.

Once I have been relegated, at Charlton, but I’ve got out of this situation before at Newcastle and Crystal Palace and I’m determined to get out of this one as well.

“We’ve got to stay injury free, we’ve got to try and get a win against Huddersfield and take that momentum into the next few games because three wins in this division as Swansea have proven, changes your position massively, and that’s what we need to do.”

West Brom are 2.00 to beat Huddersfield in their next game, while they are 1.33 to be relegated this season.