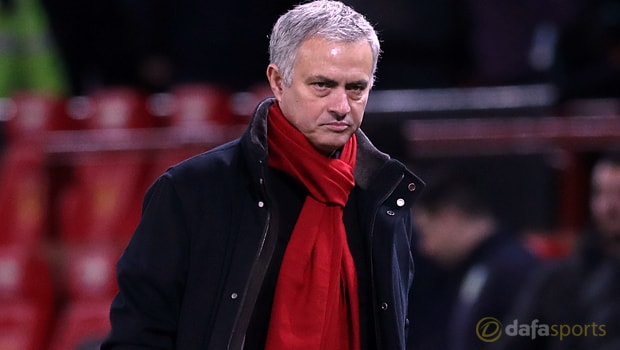 Manchester United are disadvantaged in the transfer market compared to neighbours Manchester City because of their rich history, says Jose Mourinho.

The Red Devils could find themselves 15 points behind leaders City if Pep Guardiola’s men win at Newcastle on Wednesday.

Mourinho bemoaned his team’s defending after a 2-2 home draw with Burnley on Boxing Day as Jesse Lingard came off the bench to salvage a draw for United after the Clarets engineered a two-goal lead at the break.

It look United until stoppage time to restore parity and in his post-game press conference, the Portuguese aimed a thinly-veiled barb at City.

And, when asked if potentially falling 15 points behind City was too big a gap for a club like United, Mourinho responded: “One thing is a big club and another thing is a big football team. They are two different things.

“We are in the second year of trying to rebuild a football team that is not one of the best teams in the world.

Manchester City buy full-backs for the price of strikers. When you speak about big football clubs, you are speaking about the history of the club.”

When it was pointed out United have spent roughly £286m since he took charge in 2016, the Portuguese replied: “OK, (but) it is not enough.

The price for the big clubs is different than for the other clubs.”

Mourinho did not comment on what his plans will be in the January transfer window but he does feel United’s hands are tied at times.

“The big historical clubs, they are normally punished in the market because of their history,” he added.

United are 2.10 in the ‘betting without Man City’ Premier League outright market.