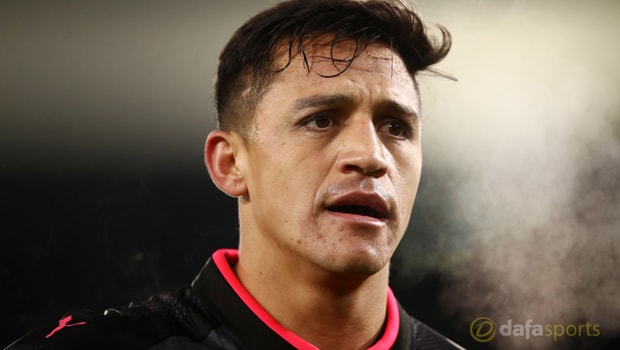 Manchester United boss Jose Mourinho has described new signing Alexis Sanchez as “one of the best attacking players in the world”.

Chile international Sanchez completed his long-protracted move to Old Trafford from Arsenal earlier this week, with Henrikh Mkhitaryan moving in the opposite direction.

The 29-year-old boasts a wealth of experience after scoring 80 goals across all competitions for Arsenal, including seven in the Premier League this term, while he has also represented Barcelona and Udinese earlier in his career.

Mourinho is delighted by the arrival of the versatile forward, as he believes one of the world’s best-attacking players has joined the Red Devils.

“We got one of the best attacking players in the world and he’s very important for us because we want the best possible players.”

The Portuguese coach has also had an apparent dig at Arsenal, after revealing that he now feels Sanchez has joined a “giant” club.

Sanchez is in line to make his debut for United during Friday’s FA Cup fourth-round clash with League Two outfit Yeovil at Huish Park.