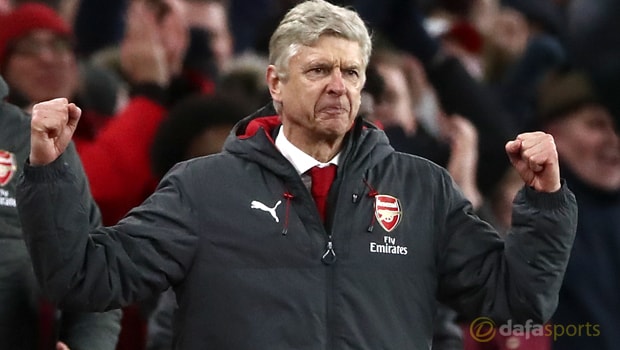 Arsene Wenger is happy with the strength of his Arsenal squad even if they do not manage to sign Pierre-Emerick Aubameyang before the January transfer window closes.

The Gunners booked their place in the final of the Carabao Cup by beating Chelsea 2-1 in the second-leg of their semi-final tie on Wednesday, although they remain off the pace in the Premier League and have already been eliminated from the FA Cup.

Arsenal’s hopes of enjoying a successful second-half of the season were dealt a blow when talisman Alexis Sanchez left the club to join Manchester United earlier this week, although Henrikh Mkhitaryan has moved in the other direction as part of that deal.

The north Londoners have also been linked with a move for Borussia Dortmund ace Aubameyang before the transfer window closes, although there are no guarantees that transfer will go through with the German club reportedly valuing their player at around €65million.

Wenger refused to be drawn on Aubameyang following his side’s victory over Chelsea, but he insists he is happy with the strength of his squad even if they don’t make any more signings before the end of the month.

“The best is I don’t talk about that (the Aubameyang speculation) because it wouldn’t help,” Wenger told reporters.

It remains to be seen whether Arsenal will have any new recruits in their ranks ahead of their next match, a trip to the Liberty Stadium to take on Swansea in the Premier League on Tuesday.

Arsenal are priced at 1.53 to take all three points from that contest, while the Swans are available at 6.50 and the draw is on offer at 4.33.