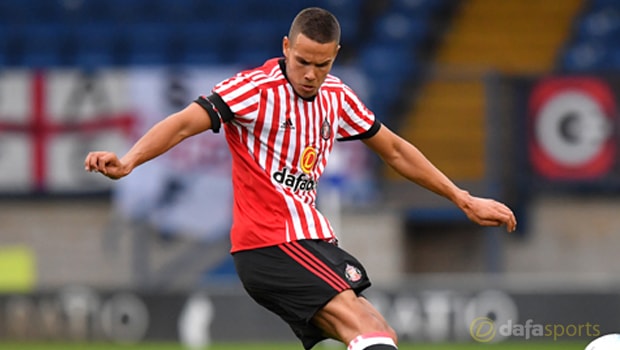 Jack Rodwell’s chances of leaving Sunderland during the current transfer window have been dented after a proposed trial with Dutch club Vitesse was cancelled.

The former Manchester City and Everton midfielder has endured a disappointing three-and-a-half year spell at the Stadium of Light, as during that time Sunderland have been relegated from the Premier League and they are now struggling at the wrong end of the Championship.

Indeed, the Black Cats are keen to offload the England international, who is reportedly on a £70,000-a-week contract, while the player himself is also seeking an exit from Wearside.

Eredivisie outfit Vitesse were believed to be interested in the 26-year-old and were keen to take him on trial, but they have now cancelled that proposal.

“Because of organisational reasons, the trial of Jack Rodwell at #Vitesse will not happen,” the Dutch club posted on Twitter.

Rodwell will now return to Sunderland, but he is unlikely to feature for the Black Cats anytime soon, as he has only made three appearances for the club so far this term and none since Chris Coleman took over as manager in November.

Sunderland are currently 22nd in the Championship standings, although they are only in the relegation zone on goal difference following last weekend’s 1-0 victory over Hull.

The Black Cats will now be aiming to secure back-to-back league victories for the first time since November 2016 when they travel to St Andrew’s to take on fellow strugglers Birmingham on Tuesday.

Coleman’s men can certainly boost their survival hopes by securing all three points from that fixture, although they are still priced at 2.25 to be relegated come the end of the campaign.