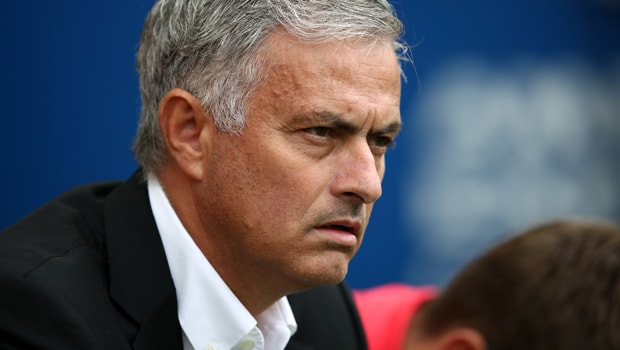 Jose Mourinho is happy with the work done by his Manchester United team on the training ground this week and is now challenging them to cut out costly mistakes against Tottenham.

The Red Devils host Spurs on Monday night, eager to bounce back from a humbling 3-2 loss at Brighton last weekend.

Having won their opening game against Leicester at home, United conceded soft goals at the Amex Stadium, with Mourinho admitting they didn’t deserve to take anything but a defeat home from the trip to the seaside.

The equation going into the game against Mauricio Pochettino’s team is very simple, according to the United boss.

“So, I think you look at football in a very pragmatic way, normally you get what you deserve, so if we want to win against a good team against Tottenham, we cannot make mistakes.”

With an excellent record against Spurs at Old Trafford – just two defeats since 1989 – Mourinho is eager for the next game to roll around and he said he got a positive reaction in training since the Brighton loss.

“I think nobody is happy, obviously,” Mourinho told MUTV.

“But I have enough experience to know that in football you cannot look back for good results, for bad results and you have always to look to the next one. That’s our life.

“So, I’m really happy with the work we did in the week, with the players’ commitment and I look forward for the game.”