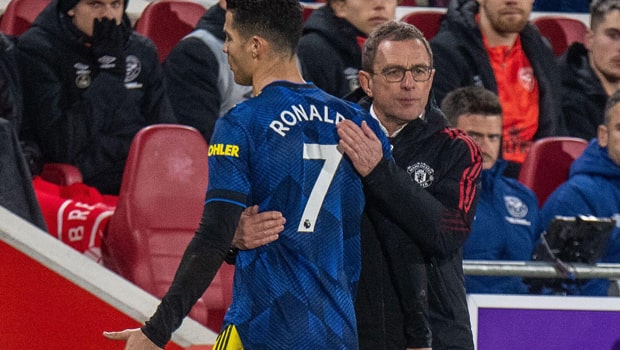 Football expert Garth Crooks reckons the arrival of Cristiano Ronaldo hasn’t helped Manchester United despite the fact the striker has scored eight goals in the Premier League. Crooks has urged the club’s interim manager Ralf Rangnick to make the most of his squad and get the best out of the players.

Meanwhile, Cristiano Ronaldo was furious with Ralf Rangnick after the manager decided to substitute him for Harry Maguire in the team’s 3-1 win over Brentford. On the other hand, Crooks heaped praise on youngster Marcus Rashford, who scored a late winner in the team’s last match against West Ham. Furthermore, Rashford also scored a goal in the team’s convincing win against Brentford and thus he has made a positive impact on the team.

Garth Crooks said, “The England striker has been singled out on a number of occasions regarding his general attitude with questions raised about his contribution in games. I must say that I don’t think the arrival of Ronaldo has helped matters but this week Rashford came on as substitute against Brentford and West Ham and his attitude was nothing short of outstanding. In both fixtures he quickly put the games to bed within minutes of his arrival. If Ralf Rangnick can utilise every member of his exceptional squad to maximum effect and not pander to the whims of Ronaldo anything is possible at United.”

On the other hand, Ralf Rangnick had also showered praise on Marcus Rashford after he scored a stoppage-time winner against West Ham on Saturday at Old Trafford to help his team bag three crucial points and helped his team climb to fourth place in the standings. Rangnick had rated Rashford as one of the best strikers in England.

He told Manchester United’s official website: “We have a lot of wingers, we have a lot of outstanding players in that position. Jadon (Sancho) was not available today but we have a lot of players for those two positions (striker and winger) and Marcus is one of them. Right now, yes, he has scored twice in consecutive games when he came from the bench but, of course, his ambition is to play regularly from the start again. It is up to him. If he continually plays on a high level and keeps scoring goals, of course, this is the best way to get back into the team and play from the beginning.”

“He is one of the top strikers in England. He is an English international who regular played in the Euros. We all know what kind of quality he has. He has got almost everything that a modern striker needs. He has got the pace, the skills, he has got the size, the physicality of the striker and in the end it is all about confidence for strikers. I am pretty sure that those two goals have raised the level of confidence within Marcus. Now it is about taking the next steps and showing that on a regular basis. It is about continuity now. I think he can play a very important role for the rest of the season for us.”

The Red Devils will next face Middlesbrough on February 4 in the fourth round of the FA Cup after the winter break.