Ansu Fati opts against surgery on his hamstring injury 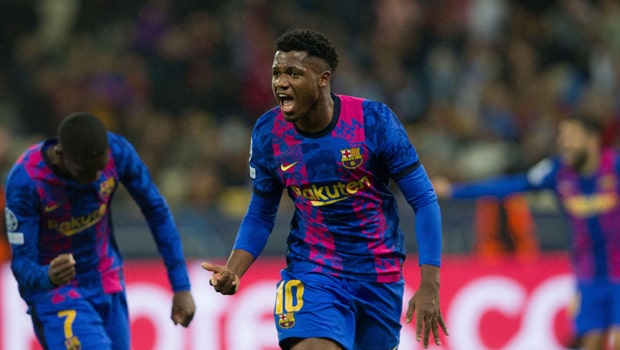 Barcelona forward Ansu Fati will not undergo surgery on his recurring hamstring injury. The 19-year-old striker got injured again in the defeat to Atletico Bilbao in the Copa Del Rey.

Incidentally, the game was just his second game after returning from a similar hamstring injury which kept him out for two months.

However, a statement from Barcelona has revealed that the striker will use a conservative approach in his recovery journey, and the club didn’t set a timeline for his possible return to the team.

“The first team player Ansu Fati will follow a conservative recovery plan for the injury to the proximal tendon in his left hamstring. His recovery will dictate his return.” The statement read.

Ansu Fati’s injury problem started in November 2020 when he suffered a knee injury. Since then, he has gone on to make just ten appearances for the Blaugrana adopting surgeries to solve his injury problems.

The Spain international returned to action against Real Madrid in the Spanish Super Cup semi-final on the 12th of January; however, he got injured in the game against Athletic Bilbao 8 days later in the Copa Del Rey.

Barcelona bounced back from the loss to Atletico Bilbao with a 1-0 victory over Deportivo Alaves on Sunday. However, it will be a stern test for Xavi Hernandez, who celebrated his 42nd birthday on Monday, when his side host Atletico Madrid at the Camp Nou on Sunday the 6th of February.

Barcelona are sitting just behind the defending champions with one point, while Atletico Madrid are seated fourth on the table with 36 points from 21 matches, 10 wins recorded six draws and five losses so far this season while Barcelona are a place and a point behind in fifth with 35 points from 21 games nine wins eight draws and four losses.