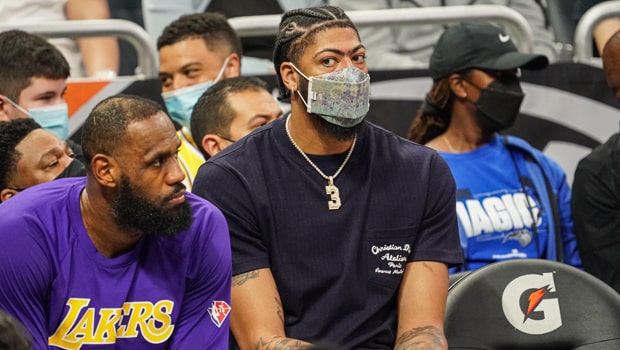 LA Lakers talisman Anthony Davis returned back to action against Brooklyn Nets on Tuesday night. Davis scored 8 points, 2 rebounds, 4 blocks and 2 assists as the Lakers won by 106-96. The linchpin was making a comeback after 17 matches following his MCL sprain in his left knee.

The team’s linchpin LeBron James, who once again top-scored for the Lakers with 33 points, stated that Davis makes their team so much more complete.

“He just makes our team so much more complete, our length defensively, our ability to really get up in people’s faces because we know we got him at the rim or our ability to switch a lot of things because he can literally guard 1-through-5,” teammate LeBron James said.

“Offensively, it just attracts another set of eyes off of myself, off of [Russell Westbrook], off of [Carmelo Anthony], off of [Malik Monk]. Off everybody because he’s such a dynamic player.”

Davis, who played for 25 minutes against the Nets, revealed that he felt fine on his return.

“For the most part I felt fine, felt great out there, and the first couple minutes the adrenaline took, and after that, the wind caught up to me,” Davis said. “When I caught my second wind, I was fine for the rest of the game.”

“I don’t know about the whole minute restriction thing, I think for me that might come off,” Davis said. “Might tell [coach Vogel] I don’t need that, but we’ll see.”

With this win, the Lakers are once again back to 0.500 with a 24-24 record. It hasn’t been an ideal season for the Lakers as they have failed to come up with collective efforts and James and Co. will be hopeful of turning the tables after Davis made his much-awaited return.

LA Lakers will next face the Philadelphia 76ers on Thursday.