He put a stamp on the team from day one: Jamie Carragher on Ralf Rangnick 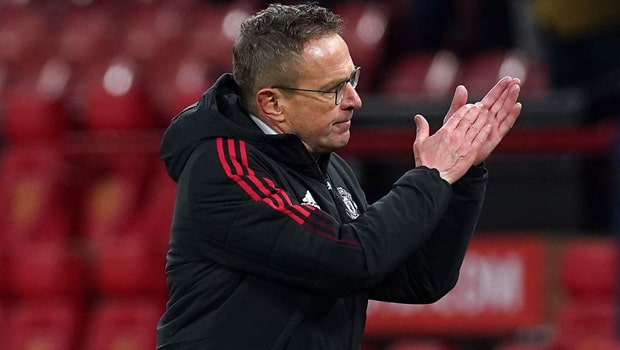 Football expert Jamie Carragher was impressed with Manchester United’s performance against Crystal Palace as they won by 1-0 at Old Trafford on Sunday. It was Ralf Rangnick’s maiden match as the interim charge of Manchester United and the German manager was able to stamp his authority on the team from day one.

Carragher, who had criticized Manchester United under Ole Gunnar Solskjaer, was delighted with the performance of the team. It was noticed that the Red Devils were pressing more against Crystal Palace and dominated the whole game. The home side had possession of 62% and they were able to tick the right boxes after a long time.

Earlier, Manchester United had beaten arch-rivals Arsenal by 3-2 and they have certainly shown massive improvement in their game in the last few matches.

Fred was able to find the back of the net against Crystal Palace as he placed the ball accurately in the top right corner of the goal.

Carragher said on Sky Sports, ​​”I was impressed with Manchester United. From the fact Ragnick put a stamp on the team from day one.”

The former defender compared Ralf Rangnick with Jurgen Klopp and Thomas Tuchel, who have done a fine job in the Premier League for Liverpool and Chelsea respectively.

“That was a criticism of Ole Gunnar Solskjaer and it’s a similarity with Klopp and Tuchel. He [Ralf Rangnick] put a stamp on it straight away, with his system and pressing from the front.”

“The top managers – certainly these German managers that have come in when the season’s already started – they put the stamp on their team in game one, Tuchel and Klopp, two of the best managers in Europe.”

“Whatever you say about United’s performance yesterday, Rangnick put that stamp on his team.”

Manchester United will next face Young Boys in Champions League.