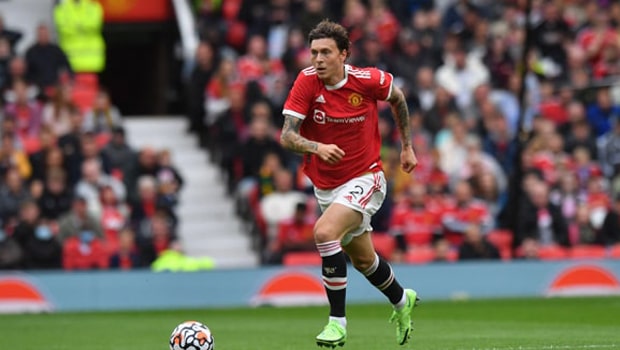 Manchester United center-back Victor Lindelof has backed Harry Maguire to continue as the club’s captain in the next season of the Premier League. Maguire didn’t have the best of seasons for the Red Devils and he was under the scanner for his mundane performances.

Thus, the English defender could not lead from the front as he wasn’t at his best. Maguire made a lot of mistakes in the defense and his performance was not up to the mark.

Meanwhile, Manchester United had a horrible previous season as they could only manage 58 points and finished in sixth place in the standings. This was United’s lowest ever points tally in Premier League history.

On the other hand, there were reports that all was not well between Cristiano Ronaldo and Harry Maguire in Manchester United’s dressing room regarding the captaincy band.

Victor Lindelof said as quoted by the Mirror, “I think he’s a great captain. Harry is a great player and a great captain as well. He’s a very nice guy off the pitch, he tries to talk a lot and communicate with the players.”

“It’s normal, if you’re the captain of the biggest club in the world, that people outside will speak. But I don’t think it’s a problem for him and I think everyone trusts him as well.”

Meanwhile, both Victor Lindelof and Harry Maguire had disappointing seasons for Manchester United in the previous edition. Maguire played 37 matches across all competitions for Red Devils in which he scored two goals and also one own-goal. On the other hand, Victor Lindelof played 27 matches across all competitions for Manchester United but could not deliver the goods.

Furthermore, United struggled to get going as Raphael Varane had fitness issues and could not feature for the team in a lot of matches.