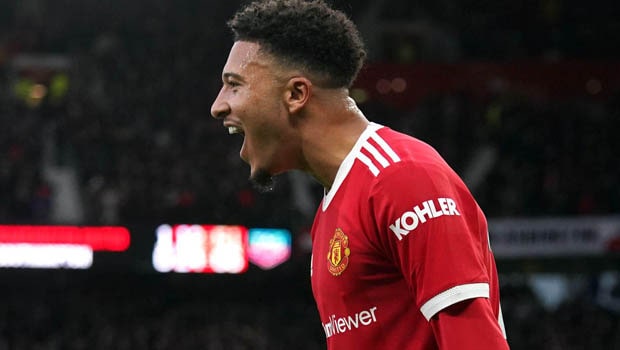 Former Manchester United defender Rio Ferdinand has heaped praise on Jadon Sancho for his performances in the recent past. Sancho has been at his best for United and he has been delivering the goods for the Red Devils. Ferdinand feels Sancho has been the best player in the red shirt in the last few games.

Manchester United defeated Leeds United by 4-2 on Sunday to bag three crucial points at Elland Road. The Red Devils took the lead in the 34th minute after their captain Harry Maguire scored through the header. Subsequently, Sancho provided the assist to Bruno Fernandes who was able to double United’s lead in the stoppage time of the first half.

Ferdinand said on his Vibe with Five YouTube channel: “The last few games, he’s been the best player in a redshirt. Long may that continue. Keep going, we love to see that.”

But, the home side was able to bounce back in the contest as Rodrigo Moreno and Raphinha scored after the half-time break to help their team draw level at 2-2. However, Ralf Rangnick decided to bring in Elanga and Fred and both of them were able to create an instant impact as they found the back of the net to help their team get over the line.

Meanwhile, Paul Pogba has been amazing for Manchester United since he has returned to action after recovering from injury. Pogba was able to create a great chance for Cristiano Ronaldo but the Portuguese striker could not convert it. As always, Pogba was accurate with his passing and created chances for the team.

Ferdinand added, “Pogba was amazing. In the first half you are thinking, wow, that’s that Pogba you want to see. He [Rangnick] brought him off, me myself I raised my eyebrows a little bit but the substitutions the manager made were spot on, both came on had an impact and scored.”

Manchester United must have grown in confidence after winning their last two matches. The Red Devils will now face Atletico Madrid in the Round of 16 of the Champions League.