Fred scores stunner as Rangnick’s reign starts with a win 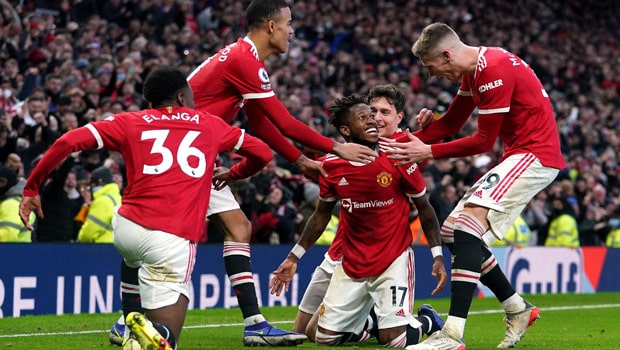 Newly appointed Manchester United manager Ralf Rangnick started his reign as the manager of the Red Devils with a 1-0 victory over Crystal Palace at the Old Trafford on Sunday evening.

Despite displaying total dominance throughout the first half of the game United failed to break down Crystal Palace despite scoring three in their 3-2 victory over Arsenal during the week.

However, it was Brazilian midfielder Fred who had been lively throughout the game that got the game’s only goal in the 72nd minute after chipping the goalkeeper from outside the box off a Mason Greenwood’s assist.

Manager Ralf Rangnick expressed his surprise at the team’s performance against Patrick Viera’s side despite only taken charge of a single training session yet.

“I am very happy with the way the team performed, especially the first half hour, with the pressing, it was exceptional, The only thing missing was the 1-0 or 2-0. The way we defended, we had control of the whole game. The clean sheet was the most important part. These are the things we must improve. We need to keep clean sheets. With just the one training session, I was really impressed. We did much better than expected.” Rangnick said after the game.

Rangnick will now turn to the UEFA Champions League during the week as United face Young Boys in the final group game.

Lucas Moura, Davinson Sanchez and Son Heung Min were on target for the Spurs.

Patrick Bamford scored a last gasp equaliser as Leeds United and Brentford played out a 2-2 draw.