Erik Ten Hag Identifies His ‘No.1 Target’ If He Takes Over as Manchester United Boss 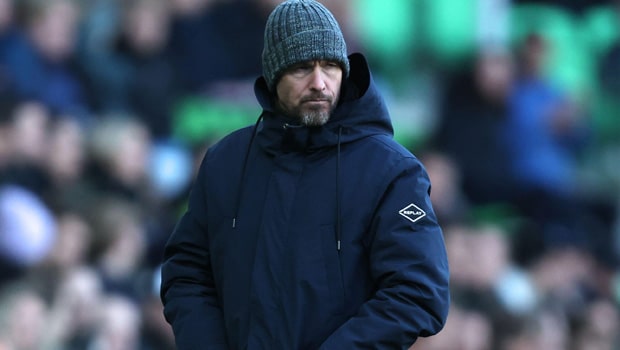 Ten Hag is positioning himself as the favorite to take over the reins of the Red Devils next season.

The Dutchman has already had a couple of meetings with the club’s board and is one of the leading candidates to replace interim manager Ralf Rangnick.

The Sun reports that Ten Hag is already thinking about what he will do when he takes over at Old Trafford. One of the objectives would be to reinforce the squad with the Wolves’ Portuguese star Ruben Neves.

Neves has had an outstanding performance with Wolves since they rose to the top flight in 2018. According to The Sun, Ten Hag is a fan of the player and has followed his career since he was at Porto.

In January this year, it was rumored that the Red Devils might try to sign Neves, but the £50million demanded by Wolves prevented the deal from materializing.

Neves would fit very well in the Red Devils, and with the possible departure of Paul Pogba when his contract expires, it is clear that the club needs to start thinking about a quality replacement.

The 52-year-old, who was interviewed by United last month, had been on a four-man shortlist along with Paris Saint-Germain’s Mauricio Pochettino, Spain coach Luis Enrique and Sevilla’s Julen Lopetegui. Thomas Tuchel from Chelsea and Julian Nagelsmann from Bayern Munich were ruled out, being unreachable due to their commitment to their current clubs.

Sources in England and the Netherlands have told ESPN that United have decided on Ten Hag as their new manager and that the former Utrecht manager is set to leave the Dutch champions to take charge of the Old Trafford club at the end of the season.

The choice of Ole Gunnar Solskjaer’s successor ultimately came down to a direct battle between Ten Hag and Pochettino, but the difficulties experienced by Pochettino at PSG this season, combined with the potential cost of releasing him from the remaining 12 months of his contract at the Parc des Princes, leave the former Spurs manager behind Ten Hag.