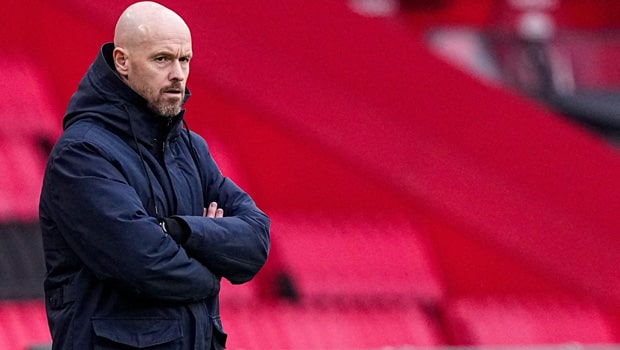 Ajax manager Erik Ten Hag has emerged as the first choice for Manchester United as their next permanent manager. United has not replaced Ole Gunnar Solskjaer permanently, although Ralf Rangnick has been performing the role as the manager temporarily.

United has had to endure inconsistent results across all competitions this season, including dropping out of the top four of the Premier League standing while getting knocked out by Atletico Madrid in the round of 16.

Erik Ten Hag has been with Ajax since 2017 and has been in charge of the club, winning the Dutch league and the KNVB Beker twice.

Meanwhile, on Thursday evening, West Ham United was held to a 1-1 draw by Lyon in the UEFA Europa League quarter-final.

The Hammers are hoping to move into the semifinal of a European championship for the first time since 1976.

That dream looked like a huge task after going a man down in the first half when Aaron Cresswell was red-carded for bringing down Moussa Dembele as a last man in the first-half stoppage time.

However, West Ham took the lead in the first ten minutes of the first half when Jared Bowen put David Moyes’s team in the lead. Lyon had fallen behind against the run of play, but they were able to reply in the 66th minute through Tanguy Ndombele.

The midfielder is currently on loan at the french side from Premier League side Tottenham. West Ham manager David Moyes does admit that his team wants to qualify and may be under pressure to do so, hoping to play better next week.

“I don’t know if the pressure is off because we want to qualify. Generally, the players are stuck at it tonight. We didn’t play well, and we can only play much better next week.”