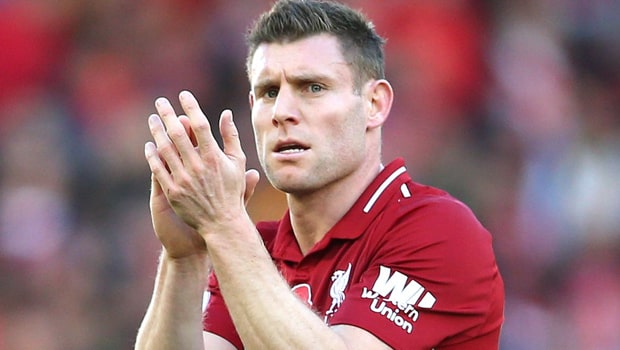 James Milner remains confident that Liverpool can still qualify for the knockout stages of the Champions League.

The Reds hopes of advancing through to the last 16 were dented on Wednesday as they suffered a 2-1 defeat against Paris Saint-Germain.

That result leaves Jurgen Klopp’s side third in the Group C standings, but they know they will still qualify if they beat Napoli 1-0 or by two clear goals in their final group game at Anfield on December 11.

Former England international Milner, who scored Liverpool’s goal during their defeat in Paris, admits the Reds would have liked to have already sealed their place in the knockout stages, but he feels having their fate still in their own hands is a positive.

“We know it was a tough group all along, the Champions League is tough,” Milner was quoted as saying by Sky Sports.

“But to have it in your own hands going into the last game and having a home game – we’d like to have it sewn up by now sure we would – I don’t think you can ask for more.”

The 32-year-old is certainly confident that Liverpool will progress and he feels they wouldn’t deserve to advance anyway if they can’t beat Napoli on their own patch.

He added: “If you can’t win your home games in the Champions League then you don’t deserve to go through. I’m not concerned, we’ve played pretty well this season.”

Liverpool are priced at 1.60 to secure the win against Napoli next month, while the Italian side, who currently top the group, are available at 5.00 and the draw is on offer at 4.33.