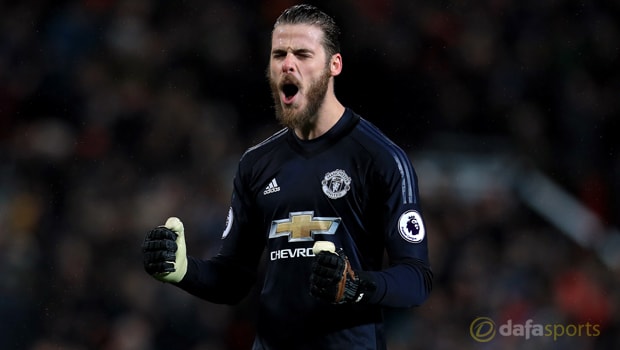 David de Gea insists he is no rush to sign a new contract with Manchester United because he would prefer to focus on the remainder of the season.

The Spain international has emerged as one of the best goalkeepers in the world since moving to Old Trafford from Atletico Madrid during the summer of 2011, but he has long been linked with a move back to the Spanish capital, with Real Madrid being regularly accredited with an interest in his services.

The 27-year-old’s current contract with United is due to expire in the summer of 2019, although there is an option to extend that deal by a further 12 months, while Red Devils boss Jose Mourinho has recently called for his number one to be handed a bumper new deal.

De Gea himself is in no rush to sign a new deal, as he would prefer to focus on the remainder of the season, with United currently sitting second in the Premier League standings and still involved in both the FA Cup and the Champions League.

“I don’t think it’s the time to start talking about the future, it’s not the time to be talking contracts,” De Gea told Sky Sports.

“We have lots of games between now and the end of the season and the first thing we need to think about is Burnley this weekend.

It’s all about getting your head down, focusing, working hard, competing in training, keeping fit and picking up points.”

De Gea is likely to be between the sticks when United travel to Turf Moor to take on Burnley in the Premier League on Saturday.

The Red Devils are priced at 1.60 to secure all three points from that contest, while the Clarets are available at 6.50 and the draw is on offer at 3.80.