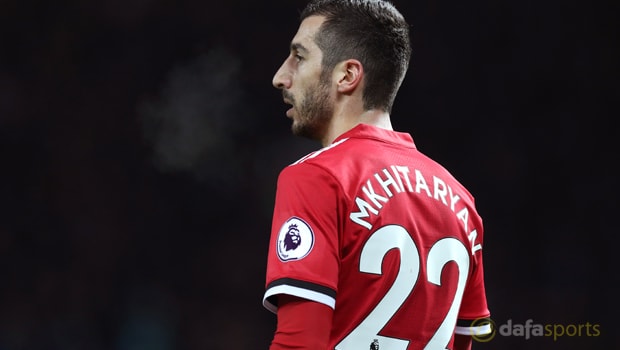 Arsenal legend Paul Merson feels playmaker Henrikh Mkhitaryan will be a ‘sensation’ at the Emirates if he completes his expected from Manchester United.

The Armenian looks destined to swap Old Trafford for north London as part of the deal that will see Arsenal’s want-away attacker Alexis Sanchez going the other way.

Talks are at an advanced stage, with Arsene Wenger confirming he expects the deals will go ahead.

Mkhitaryan joined Manchester United in 2016 for a fee of £26m from Bundesliga outfit Borussia Dortmund but he has failed to make the desired impact under Jose Mourinho.

He briefly found favour at the start of this season and delivered some impressive performances, but Mkhitaryan has become a peripheral figure over the winter.

Merson fully expects that he can get his career back on track with a move to Arsenal, where his style of football would be tailor-made.

“I am a big fan of Mkhitaryan,” Merson told Sky Sports. “I watched him at Dortmund, where he was voted player of the season and scored plenty of goals.

He has lost his way at Manchester United but if Arsenal get him, with the way they play and the way Arsene Wenger is going forward with attacking players, I think he will be a sensation.

“He is a great signing for Arsenal if they get him.” The former England international has no doubts that signing for Wenger will be a benefit to the 28-year-old.

“Mkhitaryan is one of the best in the Premier League. Any offensive player going to Arsenal under Arsene Wenger is a good move,” he added.

Arsenal are 1.50 to beat Crystal Palace on Saturday, while they are 7.00 to finish in the Premier League’s top four this season.