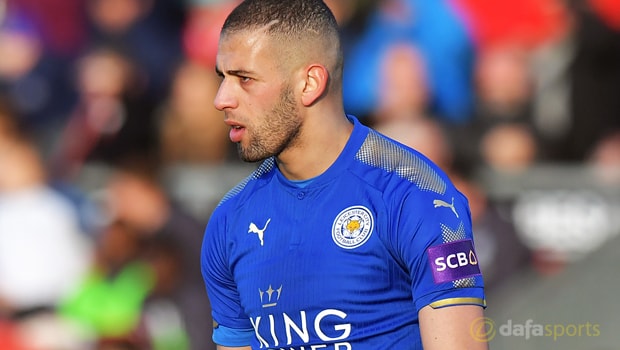 Leicester City’s club-record signing Islam Slimani may need to move away from the King Power Stadium this month, according to manager Claude Puel.

The 29-year-old Algerian forward was a £29m capture from Sporting Lisbon in August 2016 but he has failed to make the desired impact for the former Premier League champions.

Slimani has made 15 appearances this season and scored five times, though he has started just one Premier League game.

Puel appears open to the notion of sending the player out on loan, while Besiktas are being linked with a move for the forward.

Jamie Vardy remains top dog at Leicester, while Puel also has Kelechi Iheanacho, Shinji Okazaki and Leonardo Ulloa at his disposal. He admits that the club must look at balancing their attacking options.

“For Slimani, I cannot give all the ties about an individual player,” he said.

“I repeat, that since the beginning, that we have a lot of strikers. We need to make a good balance for the team, to give game time for all the players.

“We will see if some players can win some game time at other clubs but we have to discuss with these players.”

With just more than 10 days of the transfer window left to run, Puel says Leicester are not close to any new signings, but he is also content that Riyad Mahrez is not getting any closer to the exit door.

“I’m happy with him, he’s enjoying his football and he’s enjoying playing with his team-mates – this is the most important thing.”