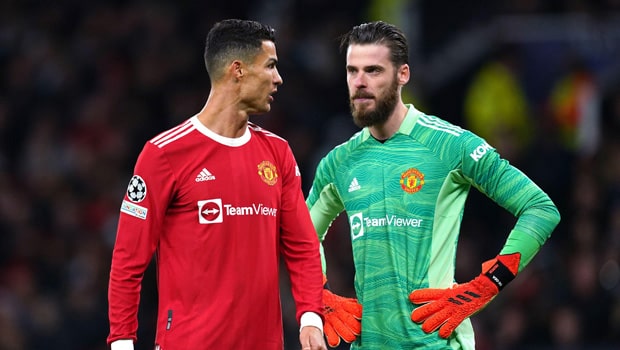 Manchester United goalkeeper David de Gea has urged the club’s youngsters to follow the path set up by talisman striker Cristiano Ronaldo. The team’s number seven was roped in last summer and he was able to hit the ground running at Old Trafford.

The striker went on to score 24 goals across all competitions for Manchester United and also won some matches single-handedly for the club. The former scored 18 goals and provided three assists in the Premier League.

David de Gea, who was also a positive for the Red Devils in the previous season, revealed Ronaldo is mentally very strong and gives his 120% in the practice sessions.

Ronaldo has always worked hard on his game and he has savored success for his hard work.

The Spanish goalkeeper ​​said via the Manchester Evening News: “He’s great. The way he works speaks for himself. The way he treats himself, his body. He is focused in every training session and every game. This is why he is one of the best in history. He’s mentally very strong and that’s an example for everyone.”

On the other hand, former Manchester United defender Gary Neville has urged Erik ten Hag to sign another center forward to support Ronaldo in the forward line. Reportedly, Ronaldo has decided to stay at Manchester United despite an overall dismal season for the Red Devils.

Gary Neville said, “I know Cristiano Ronaldo is likely to stay and he’s an absolutely brilliant performer, but United needs a center-forward. Centre-forward is a must.”

Meanwhile, Ronaldo is currently on national duty for Portugal in the ongoing UEFA Nations League. Portugal has won two out of their three matches and is on top of the League A Group 2 with seven points.