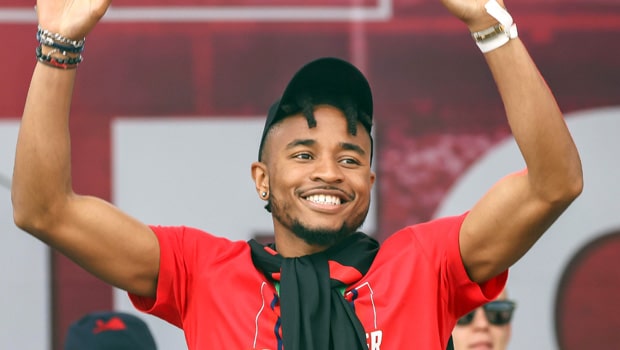 After being trailed by the likes of Paris St. Germain, and English Premier League sides Man United and Liverpool, RB Leipzig midfielder Christopher Nkunku is set to pen a new deal at the club ending rumours of his transfer exit.

According to reports, this new deal comes with a weekly wage increase, with an inclusion of a release clause in the region of 60m euros which is set to be activated by 2023.

Following an impressive performance in the just-concluded campaign, which earned the French International the award of the Best player in Bundesliga, he became a major target on various scout lists, as many suitors came calling for his signature.

Nkunku has a stellar ’21/22 season which saw him score 20 goals and registered a further 13 assists, which supersedes his previous records of 12 goals season before the last.

The versatile playmaker has been accustomed to playing across different positions in the front line.

At Leipzig, he has played at the left of an attacking front three, but when away with the French national team, he has been deployed by Didier Deschamps on the right, left, and through the middle.

These incredible set of qualities possessed by the 24-year-old has seen him remain on the radar of several clubs in Europe and is one of the primary reasons Leipzig is looking to tie him to a new contract.

An agreement between the player’s representatives and the club looks smooth and ready to be signed. However, it will be hard for any u-turn at this point for now, at least since the impending announcement of the new deal will end any rumours of an exit.

For now, Nkunku is busy with International duties with the French national team in the UEFA Nations League before the preparations for the new season ahead.