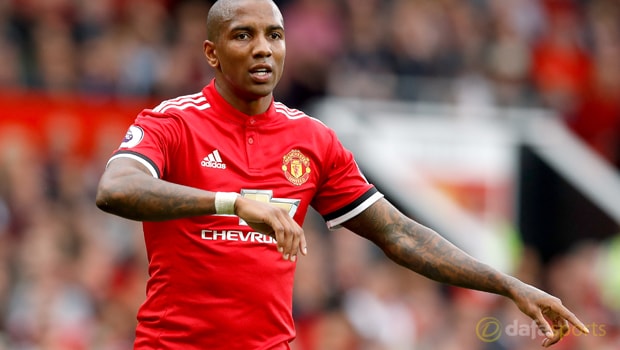 Ashley Young insists Manchester United are not prioritising any one tournament this season as they aim to secure success on all fronts.

The Red Devils have made a fantastic start to the season – they are currently level on points with neighbours Manchester City at the top of the Premier League table – while they have won their opening two matches in this season’s Champions League.

Jose Mourinho’s side are also progressing well in the League Cup, while they do not enter the FA Cup until the new year.

Former England international Young, who has featured sporadically so far this season, insists United are not favouring one competition over the rest, as their sole focus is to win as many trophies as possible.

“Everyone wants to win every competition we are in,” Young said.

“There’s not a competition that we are going to prioritise.

“We want to go at it on all fronts, whether that be in Europe or domestically.”

United won three trophies last season, the League Cup, the Community Shield and the Europa League, and Young is convinced they have a squad strong enough to claim even more honours this term.

The 32-year-old added: “We were delighted to win what we did last season but if we can add the Premier League, the League Cup again or the FA Cup, or Champions League then of course you play in these big competitions to go and win them.

“That is exactly what we are looking to do and I think we’ve got the squad to do it.” United are next in action when they play host to struggling Crystal Palace in the Premier League on Saturday and they are priced at 1.17 to win that match, while Palace are available at 17.00 and the draw is on offer at 7.50.