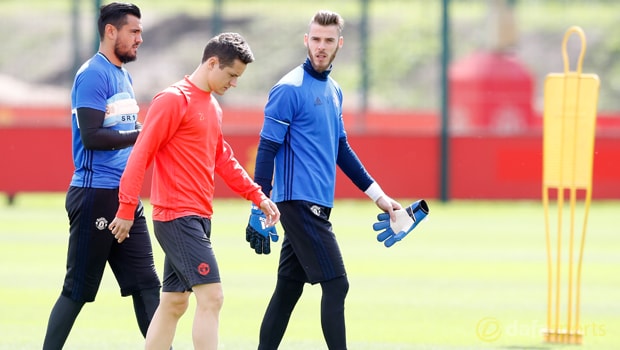 Manchester United midfielder Ander Herrera insists the likes of Zlatan Ibrahimovic and Ashley Young can still help them win the Europa League final despite being injured.

The Red Devils take on Ajax in the final on Wednesday night when the two teams meet in Stockholm, with a place in next season’s Champions League also at stake.

Ibrahimovic will miss the final after undergoing surgery on his damaged knee ligaments in America. He returned to the club’s training complex last week and boss Jose Mourinho has confirmed the Swede will travel with the squad.

He will be joined by former England international Young, who is also set to miss the final through injury.

Only Herrera, Antonio Valencia and Paul Pogba have played in a previous European final and the former Athletic Bilbao man admits his crocked team-mates can offer vital experience from the touchline.

He said: “I always say this is a team sport, we are a team. The reason we have won two titles (Community Shield and EFL Cup) this season is because everyone has been there, working, helping.

This final is for everyone. “Of course 11 players will be on the pitch, but everyone is ready to help and push for their team-mates.

So, if we win it, it will be for everyone. Everyone has been part of this. “Zlatan and Ash (Young) have very good experience. We need everyone.

“When you want to win a European trophy and you want to make a good season, it is not only on the pitch, you need help from the outside.

Zlatan is here to help, Ash is also here to help. We are a team who is together. Everyone is important.”