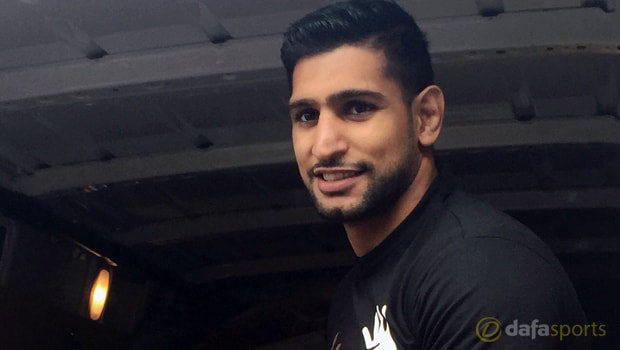 Bolton’s Amir Khan has claimed that he and Kell Brook could sell out Wembley Stadium if they meet in the near future.

The 30-year-old has continued to be linked with an all-British showdown against Brook, but a fight has never been agreed.

The former world champion has not fought since losing to Saul ‘Canelo’ Alvarez last May when the Mexican secured a brutal knockout victory.

Khan had decided to step up to middleweight for the clash and his career is now at a crossroads once again.

He continues to chase a big fight, but Brook has accused him of running in the past.

A potential fight could materialise later this year if Brook beats Error Spence Jr at Bramall Lane on Saturday as he defends his IBF welterweight title.

He told Sky Sports: “There are very few fighters from this country that could fill Wembley, and I’m definitely one of them.

Kell Brook would be a fight that everyone wants to see. “I’ve been selling out arenas since I was 21 years old when I first started topping bills.

I was a pay-per-view fighter when I was 20. “Come back to Britain, put on a big show, and beat someone like Kell in a rivalry fight.

Who is number one in the division in the UK? People don’t know who to pick, so let’s prove it.”