Gianfranco Zola: Together is more for Blues 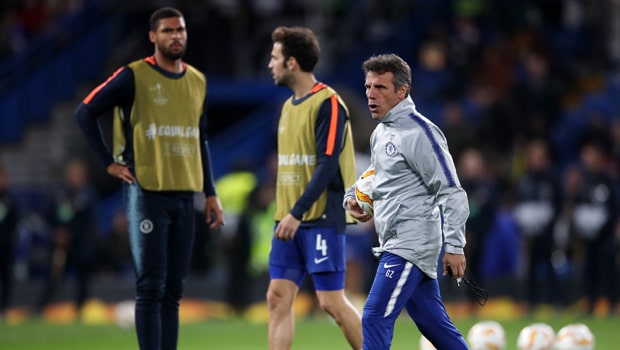 Gianfranco Zola has called on Chelsea to gel more as a team when things are not going in their favour.

The ex-Blues forward is now on Maurizio Sarri’s backroom team at Stamford Bridge and he insists he has no concerns about the character or desire amongst the current squad.

Zola does however admit their reactions are sometimes lacking team cohesion. Last week’s six-goal drubbing at champions Manchester City was a fourth loss in six games for Chelsea, seeing them drop to sixth in the table.

Sarri recently accused his players of lacking motivation, but that is not a theory his fellow Italian subscribes to.

“We believe that we didn’t like [losing to City] and they reacted [by beating Malmo in the Europa League] and they continue to react,” said Zola.

“It would be good if we could react more as a team rather than as individuals. Against Manchester City we reacted, yes, but reacted individually. There were players taking the responsibility and they wanted to change the situation on their own.”

Manchester United have usurped Chelsea into fourth spot in the league as they continue to flourish under caretaker boss Ole Gunnar Solskjaer. Now comes an FA Cup meeting between the pair at Stamford Bridge on Monday evening.

For Zola, it remains about fostering a togetherness in the Chelsea dressing room that, perhaps, has been missing at times.

“What we are building here is a philosophy of playing and we need to learn to react altogether. It’s not enough that just one player gets the ball and tries to beat two players. That’s not the way we try to win games,” he added.

“But if you ask me, I don’t believe that this group doesn’t care. They care. They just need to get this understanding of working together.”