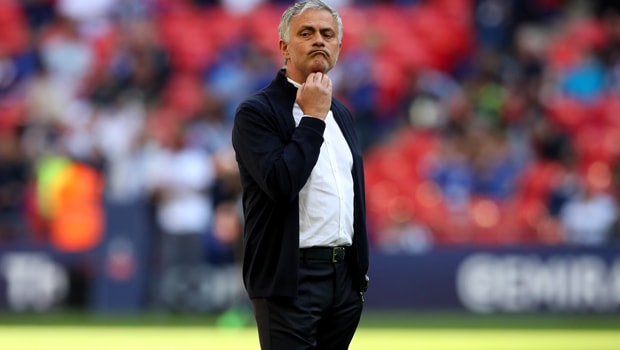 The Red Devils boss has playing down hopes of a title push during pre-season. United get the new season underway on Friday evening when they entertain Leicester City at Old Trafford.

Shearer, a Premier League winner with Blackburn in his career, feels that United and Liverpool will close the gap on Pep Guardiola’s champions in the months ahead.

“The pressure is on and there is even speculation [Mourinho] might not last much longer in his job,” Shearer told BBC Sport.

“But despite his current downbeat demeanour, it would be dangerous to write United or Mourinho off.

“We have only seen him when he has appeared in front of the TV cameras this summer and heard what he has told the media, and I suspect he will behave very differently on the training ground with his players.

“I am still expecting them to be very strong this season, and I actually think that, along with Liverpool, they will be a lot closer to Manchester City this time.”

Liverpool were have spent big once more this summer, with Brazilian goalkeeper Alisson a key addition from Roma in a bid to plug a leaky defence.

Shearer says the money spent increases the pressure on Jurgen Klopp, though he feels the German will be content.

“Of course, when managers spend big they have to deliver success and in Jurgen Klopp’s case, that means a first trophy since he took charge of the Reds in October 2015,” he added.

“Klopp will know that too, but he would rather have spent that money – and have to handle the pressure that comes with it – than not.”

Manchester United are 8.50 to win the title this season, with Liverpool 4.75 and Manchester City strong favourites at 1.67 to retain their crown.